Just a few weeks ago I was lucky enough to be at the Hawkesbury Upton Literature Festival, a brilliant event in its second year. I took part in readings and a panel, and on the panel (which was for historical novelists) we had to defend our own period – which in my case is the Edwardian (and Victorian) Era.

The title of our presentation was:

My era’s better than yours because…

So here, for your amusement, is a slightly revised version of my presentation. Enjoy!

The Edwardian Era: My Era’s Better than Yours – because in my era women got on their bikes

The Victorian period, which came before and lasted more than 60+ years (1837-1901)  was the age of invention, the age of creation: think huge glass domes of the Great Exhibition, the development of the railways, fantastic clothes using volumes of fabric and yes, the bicycle. But it was still an age of restriction for women.

In 1881, The Rational Dress Society was formed, drawing attention to how women were restricted by the clothes they wore, including corsets and underwear. 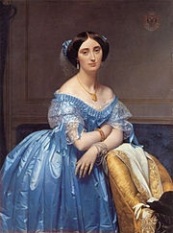 The society believed that no woman should have to wear more than seven pounds of underwear. This may seem like a lot to you, but underwear then was made from gathered cotton or wool flannel which was both heavy and cumbersome. Seven pounds actually halved what was worn by most women in  the 1850s, when ladies would often wear up to 14 pounds of underclothes.  Imagine that! That’s 13 times this bag of sugar (below). 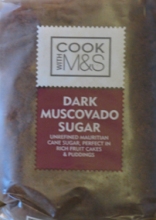 Every layer restricted their movements even more.

It’s hard to feel free when you can’t stride, let alone run, when you can’t go anywhere on your own, without a chaperone, and when you’re bound up in rules and restrictions.

Then came the bicycle.

Bikes in one form or another had been around for some time, but the invention in the 1880s of the chain-driven safety bicycle with its smaller wheels was a great step forward. At the end of the century, the chain was enclosed making bikes much safer, especially for women whose skirts might otherwise easily catch. But did women get on their bikes in Victorian England? Mostly, they didn’t.

At first, cycling was just for the rich, and then the women who did ride bikes, especially those who wore bloomers, or divided skirts, were ridiculed, fined or treated like prostitutes. This went on until the 1890s.

With the death of Victoria, and the reign of the new king, Edward VII, who was generally known as ‘a bit of a one’, the rules of society relaxed somewhat. Women at last had more freedom. Yes, to ride bikes, because on a bike you were more independent, it was harder to be followed if you were on wheels, but also because of what they wore – clothing became freer and less restrictive.

And in 1903, Emmeline Pankhurst formed the WSPU (Women’s Social and Political Union) which adopted the slogan of ‘Votes For Women’. They chose green, white, and purple as their official colours, symbolizing, hope, purity, and dignity. The world was finally opening up – for women – and for men.

The Edwardian era was described by J. B. Priestley as ‘the lost golden age…… all the more radiant because it is on the other side of the huge black pit of war.’ It was a period when people believed anything was possible and although technically it ended in 1910 when Edward died, historians agree it can be extended, and the short years that followed before the First World War (1911-1914), were years of advancement, excitement and dreams. Take the Titanic.

The Titanic was the world’s largest passenger ship when it entered service in 1912, and was all about luxury rather than speed; its owners knew they couldn’t compete with the speedier Cunard.

Titanic’s interior was loosely inspired by London’s Ritz Hotel, and fittings and fixtures were still being finalised hours before Titanic sailed. No-one believed the ship would sink, and on its maiden voyage at that. Fifteen hundred people died. The catastrophe was shocking, not just because so many died, but because many were wealthy or well known, and it showed that man was not invincible, even if he had wealth and power.

The ‘golden age’ that Priestley’s speaks of, only relates to Edwardian High Society, many people like Tom in my novel,  Shadows of the Lost Child, knew more about poverty, struggle and challenge but what the Edwardian England gave them, was the idea of choice: a sense of possibility for those who were brave, worked hard or were lucky. They might, if they tried, control their destiny.

It might have been the First World War with its shifts in perception and the chance women had to show the world what they could do, that made key changes happen, but the excitement, the dreams and the vision that inspires change, all originated from the Edwardian age.

2 thoughts on “Edwardian England – what inspires me”