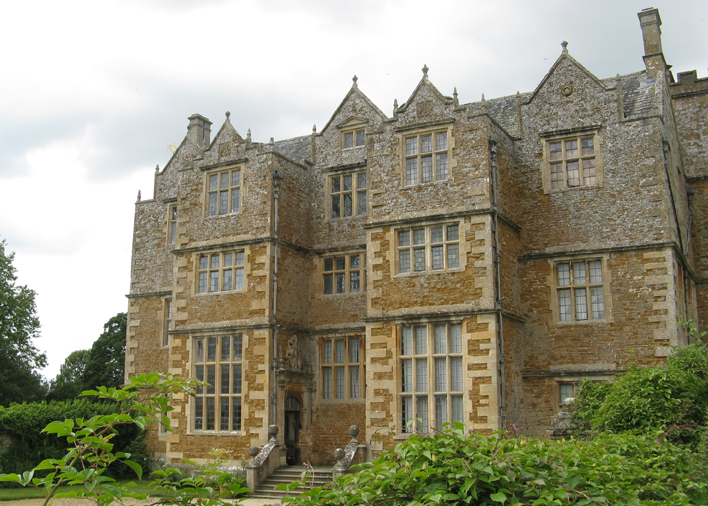 When Martin Drury of the National Trust said, ‘Our aim is to lay as light a hand as possible on Chastleton, to arrest 150 years of progressive decay…’ he wasn’t far wrong. And, that, in my opinion, is part of its charm.

Last Friday I went to Chastleton House – a delightful Jacobean house built in the early 17th century for one Walter Jones, who had delusions of grandeur. His family came from trade, and he had ambitions, but despite his best efforts his heirs never became more than country gentry, while the house became increasingly impoverished. And yet it is lovely.

The National Trust (unlike in so many of its other properties) has maintained the house’s slightly decrepit air, which gives Chastleton a wonderful atmospheric feel. And the stories that go with it are also evocative.

Its last owners Alan and Barbara Clutton-Brock, who took over the house in 1955, were a talented, rather eccentric couple who made a little extra money running tours of the house. Alan is once said to have noted, when seeing a coach arrive at the gate, ‘Oh good, here comes another bottle of gin up the drive.’ Alan was an artist and art critic, and he also wrote a novel called Murder at Liberty Hall. Although the novel is set in a school, it isn’t hard to imagine he drew on his own old home for inspiration. Having been to Chastleton, I was tempted to dig out the novel and read it but was put off by the price of £132 (via Amazon, Aug. 2019)!

After Alan died in 1976, Barbara continued to live at Chastleton until 1991, along with her many cats and a parrot. When she finally handed the keys to the National Trust, she apparently said, ‘don’t move anything, once you have disturbed the dust you won’t know where to put anything back.’

Apart from this amazing house with its many floors and long gallery, which could almost be a home in itself, and the beautiful carved wooden staircase, the garden is also well worth the visit.

The Best Garden, known as such because it can be seen from the ‘best’ rooms in the house, has a lovely display of topiary which over the years, have morphed into shapes and back again.

There is also a vegetable garden and croquet lawn and one of the house’s descendants, a Walter Jones Whitmore codified the rules of croquet there in 1866.

Next door to Chastleton is a pretty little church which serves tea and cake, and the National Trust’s latest plan is to open up the door in the wall of the garden so visitors can pass through from the one to the other.

Which sounds to me like a great excuse to go back next year, do it all again, and enjoy some cake…